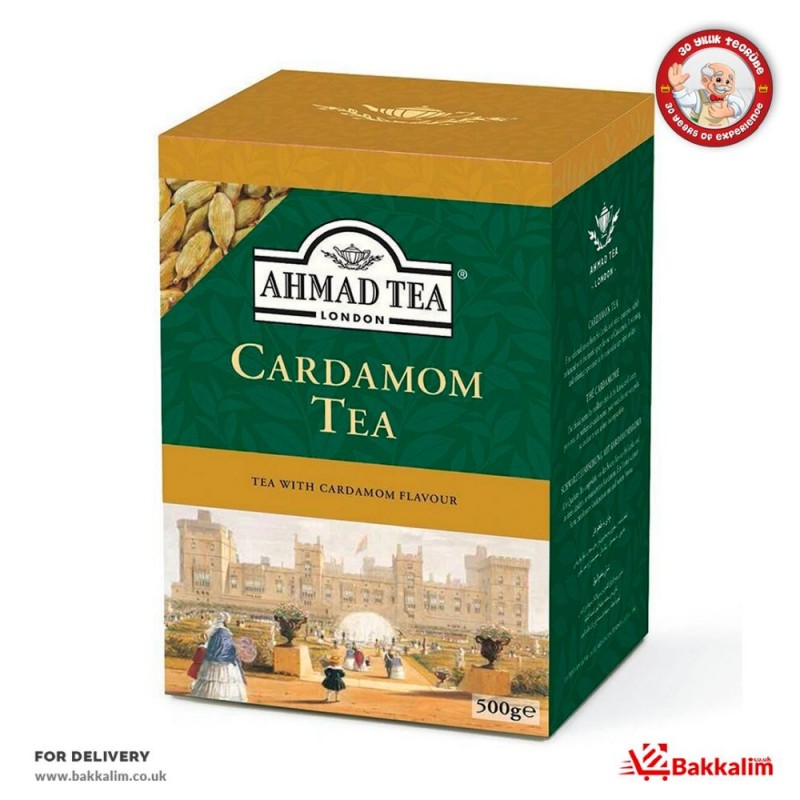 Ahmad Tea Varieties Tea, which prevents heart disease, reduces the risk of cancer and diabetes, also has a positive effect on mental health. Teas drunk after meals help digestion, and thanks to the low content of caffeine, it speeds up your blood flow. Ahmad Tea blends tea with many benefits and offers it to the taste of users. The brand, which is a family-run business originating in the UK, presents its products to the market in exquisite cans that emphasize the value of tea. Ahmad tea, which is loved and drunk all over the world, is experienced as a pleasant and satisfying cup for those who drink it. The brand has differentiated its products according to the demands of the users. There are different varieties of Royal Earl Grey, Rooibos, Chun Mee Leaf green tea, orange-sliced Moroccan tea, chamomile tea with honey, vanilla tea, mango tea, jasmine tea. Yesil tea is a great choice for you to have tea with honey. English Tea No., produced for those who can not give up classic teas.1 tea adds taste to your breakfasts. Earl Grey, which you can drink after meals, carries the smell of fresh tea to your homes. Rooibos tea, which can be easily brewed by yourself while sitting in a cafe with friends, at the office or watching a movie during the day, does not contain caffeine. At the same time, antioxidants with a high content play a protective role against cancer, strengthening your immune system with regular use. Its effect, relaxing the nervous system, helps to cope with problems such as insomnia, blood pressure, tension. Rooibos, which balances the sugar in the body thanks to its antidiabetic structure, is consumed especially by diabetics. In addition, jasmine tea, which you will prefer, is effective in reducing the fatigue and stress of the day, especially during evening consumption. Jasmine, which helps you to sleep comfortably shortly after drinking, also relaxes you with its aromatic scent. Tea, which positively affects your heart health, also strengthens blood circulation, delaying aging. Ahmad Tea tea varieties are carefully produced to make your conversations more enjoyable. The leaves, which are sold in special cans for those who like to brew, carry the aromatic smell of tea into your cup. For those who want to drink in crowded environments, the products sold in brewing bags meet the user with different menstrual options. If it is shake teas that are produced at home or in the office for those who want to reward themselves during work breaks, you can carry them in your bag at any time thanks to disposable horse bags.

What Should Be Considered When Choosing Ahmad Tea?

A must-have breakfast, an indispensable conversation, thanks to the benefits they contain in teas, positively affects your health. However, the processes that tea goes through during and after blending are important. First of all, the fact that the tea leaves are clean and freshly picked has an effect on maintaining the structure inside the jul. Corny collected and blended teas do not have a flavored structure when brewed and have little taste. At the same time, the absence of herbs such as tree branches and hay in the dried tea leaves also affects the taste of tea. Ahmad Tea, which collects and blends the freshest leaves of tea branches, brings you refreshment in both brewing and shaking teas. Teas that are drunk with pleasure can be easily brewed with the help of the french press for those who like to brew. You can add boiling water to the tea you will get in some quantity by placing it at the very bottom of the french press. after 4-5 minutes, your tea will be ready to drink. Likewise, for crowded groups, you can put the teas that you can easily brew in the teapot in boiling water with a strainer. Designed for those who want to take different kinds of tea such as Rooibos, jasmine, orange with them wherever they go, shake teas will be ready in a few minutes after they are put in a cup full of hot water. Afterwards, you can enjoy your tea with pleasure. When different ingredients such as sugar and milk are not put in it, Ahmad Tea tea varieties are zero calories. Teas that do not cause weight gain, do not have side effects such as blood pressure and cholesterol, should still be drunk to a certain extent. Blends such as yesil tea and jasmine, in particular, can make you uncomfortable by playing on your blood pressure when drinking more than 2 cups a day. Among the different types of tea that are liked and drunk by Ahmad Tea tea users, you dec also find an aroma according to your taste buds. You can make your conversations more enjoyable by brewing the product you have received as you wish.